The Value of Independence 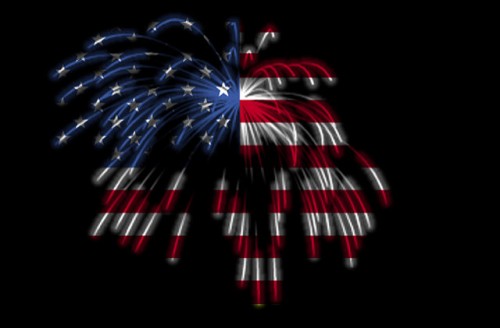 You probably don’t see an obvious connection between independent film and politics, but right now, its all up in my face.

I wrote this Bellingham Experience Insider Blog about my community’s independent film theater, Pickford Film Center, for Bellingham Whatcom County Tourism because it is one of the many things that makes my city great. It began, and remains, independent. Its programs, films, and decisions are made locally, by a non-profit board, for the betterment of film, the community, and education. The concerns of profit and shareholders don’t need to be included in decision-making, nor is their content dictated at a corporate level. These are among the many things I love about them.

Did I just go see a multi-billion dollar Rogue One Star Wars franchise film yesterday at the mega-plex and love it? Yes. My point is that we must preserve independent operations at the local level and not allow them to be overtaken by the big girls. Because individual choice–freedom–is among our highest ideals as a nation. If our choices become too narrow because of our profit motivations, then we, by default, are slowly losing that freedom. Will some of us be content eating only apples and oranges? Sure. But once the bananas disappear from the store front, once other options are removed from infrastructure, it will be a hell of an effort to get them back.

The meaning of the word ‘independent’ calls back to our earliest days as a country and today, our right, our duty, our responsibility to protect and preserve it is more relevant than ever. 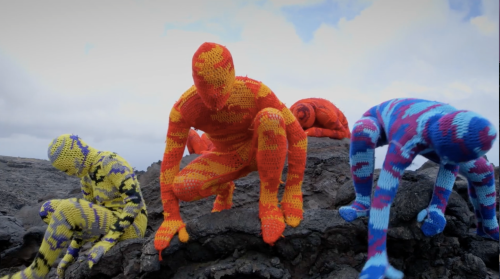 From the documentary film “Yarn” about artist creating new ways to bring an ancient art to the world.

I’ve always been drawn to film. As a kid in my pajamas, hugging my blanket, I would watch The Magical World of Walt Disney on Sunday night TV. My love of the non-fiction version of the art form, documentary film, may have started with Jacques Cousteau and Wild Wild World of Animals. But that love expanded to include documentaries on a variety of subjects ranging from the environment to comedy to music.

Watching a documentary is like reading the encyclopedia of a subject but with an incredible story arc that sucks you in. You don’t have to suspend reality because it is reality.

It was my pleasure to write about an annual film festival held in the Bellingham community, Pickford Film Center’s Doctober for WhatcomTalk.com. More than 50 documentaries from across the globe are brought to our independent theater and screened throughout the month of October.

Be sure to check out my article and see their extraordinary films this month and every October.

Are the Brit’s Ahead of Us?

We don’t see it in the news here, but the UK seems progressive and organized when it comes to their egg and sperm donors.

BioNews reported last week that Natalie Drew and Ashling Phillips, a lesbian couple who have two children by a sperm donor, set up The Gay Family Web Fertility Centre  in Birmingham, England. The clinic is designed to help gay and lesbian people build their family. They were motivated by their experience conceiving their children at a clinic that catered primarily to heterosexuals. British law dictates however that they cannot turn away heterosexual couples.

In addition, a new documentary film, traveling around European indie film festivals, Donor Unknown, is  making headlines. Cameras follow 20-year old JoEllen Marsh as she searches for the sperm donor father she only knows as Donor 150.

Through an online registry that connects donor-conceived children, she manages to track down a half-sister in New York. The New York Times picks up the story, and, over time, 12 more half-siblings emerge across the USA.

Donor Unknown follows JoEllen from her discovery of her siblings, to the moment Jeffrey steps forward to identify himself as Donor 150, to her decision to travel to California to meet him. We also meet the half-siblings spread across the U.S. Danielle in New York, who was not told by her parents that she was donor-conceived till the age of 14, is uncertain of the kind of relationship she could ever sustain with Jeffrey. His decision to let go of anonymity is a step few donors have taken.

This story is fascinating and the closest I’ve seen to my own. From the film web site:

“Linked by their connection to a single sperm donor – 150 – parents and children are creating and navigating a new set of relationships. They are discovering first hand what a close biological connection to a stranger means for themselves and their identity.  What happens next opens up some fascinating questions about nature and nurture, the responsibilities of parenthood, the moral integrity of the cryobanks, and the hazards of genetic inheritance. As the laws on donor anonymity change in some countries, there are fewer sperm donors and there’s a roaring trade in ‘fertility tourism’, for overseas sperm and egg donation….Now they’re living with the unpredictable consequences of their choice. What impact will meeting this stranger – Donor 150 – have on their children? What kinds of relationship can the children build with their biological father? How will letting Donor 150 into their lives affect their relationships as a family? And how will meeting his biological children change Jeffrey’s life?”

So why isn’t this film showing here across the U.S.? Right now its screening in New York, London, and Poland. I’m excited to see it. I’ll be contacting my local indie film theater, The Pickford Film Center, to see if they can get their hands on it. Send a message to YOUR local indie film theater letting them know you’d like to see it as well. This type of story needs to be seen.