After leaving Venice we took a train to Florence. We all expected it to be a small, quaint city, although none of us knew where we got that idea. On the contrary, Florence is a bustling large city that spans the Arno River. 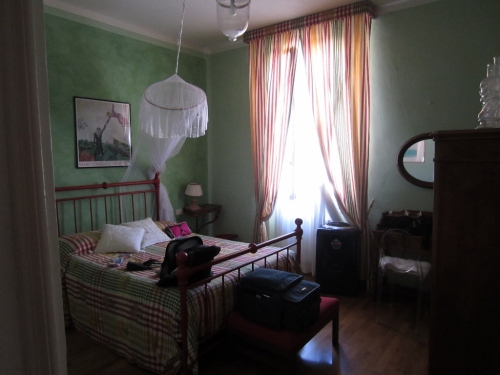 We stayed in a beautifully decorated bed and breakfast called Monte Oliveto, run by the lovely Donatella. My room above was a romantic dream and each morning it came with home-made breakfast outside with a variety of local delicacies including aged cheeses, baked pears, and cappuccino made to order. There was a lovely patio in front, another attached to the men’s bedroom upstairs, and free computer and internet access. I spent several late nights sending messages to my family through Facebook. This B & B was also walking distance to several major attractions.

The first that we visited was the Pitti Palace, which dates from 1458, was built by a banker and later purchased by the Medici family where Renaissance art was gathered and painted there. Napoleon also used the palace for a time until it was converted to a public location in the early 1900’s. 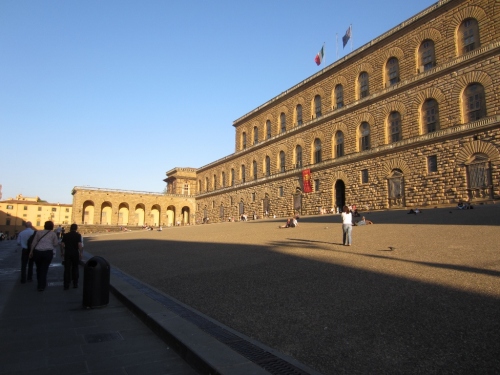 The view from the palace was the best we saw while in Florence.

The following day we saw the Duomo of Florence, a cathedral church with a breathtakingly detailed exterior. 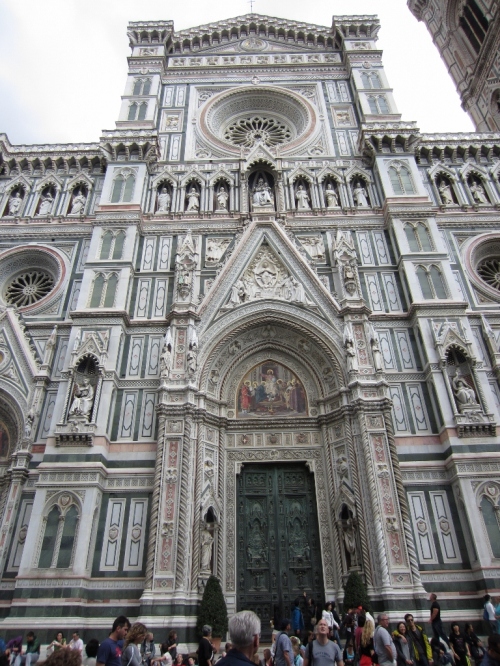 Every square inch was an architectural amazement. 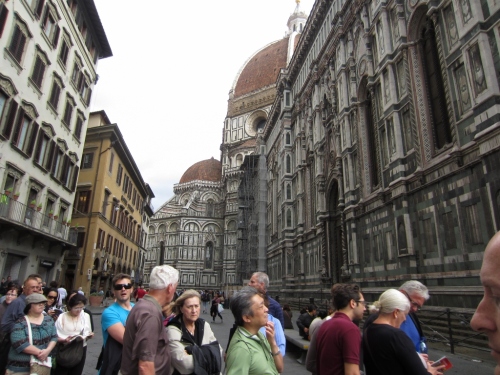 Across from the Duomo were these famous doors on the Battistero Di San Giovanni (Baptistry of St. John) made by Lorenzo Ghiberti.

This ceiling inside a dome at the Duomo was just one example of the hundreds of painted domes I saw in Italy. Many had elaborate scenes depicting various religious events such as the crucifixion, the birth of Jesus, or when Mary was told she was pregnant (annunciation).

Florence was also full of talented modern artists. The owner of our B & B, Donatella, worked in watercolor. The artist below, in chalk. 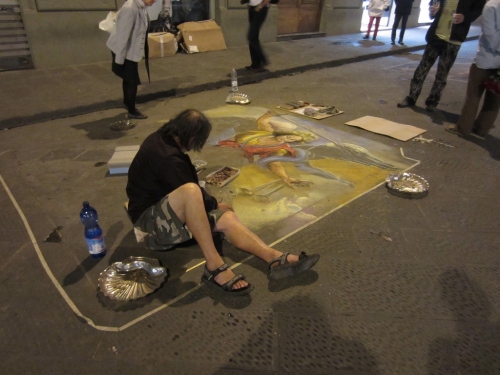 ting appeared in a window of a small shop. I regret that I didn’t record the name of the artist so I could credit them for this painting in oil. I know when I was breastfeeding twins under a year old, I could relate to the look on this woman’s face.

On this day in Florence I also saw the famous David by Michelangelo who was much taller than I expected. I didn’t take this photo, as they were not allowed. 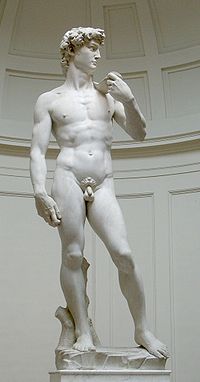 and saw the Birth of Venus in the Uffizi (although I didn’t take this picture as it was also not allowed). They were my two favorite works in Florence, and maybe for the whole trip.

Tomorrow I’ll write about the wine tasting and cooking class we did in Tuscany!

Thanks for reading, and commenting! 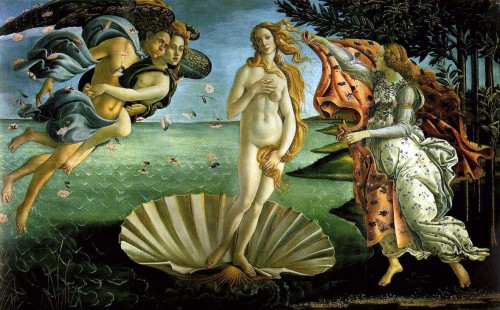